Jump for the Children Horse Shows

Jump for the Children Horse Show

Pat (LaFevers) Holsten is known for her enthusiasm and for her devotion to others. In 1984, the five year-old daughter of one of Pat’s good friends was diagnosed with leukemia.  “I spent many hours at Duke Children’s Hospital & Health Center with my friend and her daughter,” said Holsten.  “By being in the hospital, I witnessed firsthand the determination and resilience of those young patients and their families, and the tender care of the doctors, nurses and staff. At the same time, I also saw how families struggled in difficult times trying to cope when their loved ones were ill.”

For Holsten, this experience was life-changing. “I was moved and heartbroken at the same time,” she shared.  “I decided that I had to do something.”

Holsten had participated in horse shows in the past, and it dawned on Holsten to petition Dr. Sam Katz, then chairman of pediatrics at Duke Children’s, to consider holding a horse show to raise money for the hospital.  Holsten envisioned a first class competition, with special features to honor the hospital’s patients, including fancy ribbons, trophies, dress sheets for the horses and fun parties for the exhibitors and sponsors.  ‘Jump for the Children’ Horse Show held its inaugural, two-day, local horse show on a rainy weekend at the Gov. James B. Hunt Horse Complex in Raleigh in November 1984.  “It was all for the kids and purely created out of care and

The following year, with the dedication and assistance of Helen Idol, a former associate now retired from Duke Children’s, and her friends from the horse community, Holsten expanded the

The horse show continued to draw more dedicated members throughout the Triangle. Fueled by their upbringing in horse sports, combined with their love of children and their passion to support the life saving work at Duke Children’s, Joan MacNair Petty, her husband Glenn Petty and members of the MacNair family took over the reins of the horse show nine years later in 1994.

“I was not really sure what we were getting into,” said Petty.  “All I knew was that Pat had done an excellent job, and I wanted to continue that legacy and help do my part in raising money for and supporting Duke Children’s.” For the past 23 years that is exactly what Petty, her family and a very dedicated committee of volunteers from across the Triangle’s equestrian community have done.

History of Jump For The Children in Raleigh

jump for the children history of

history of jump for the children in raleigh

History of the Show 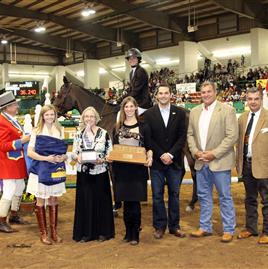 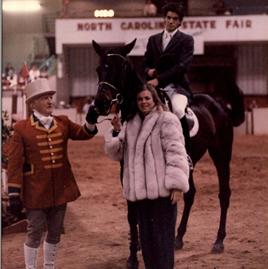 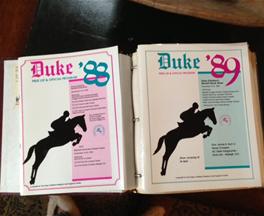 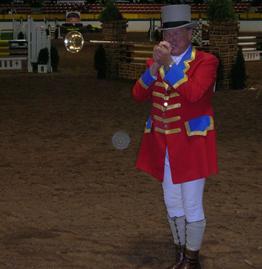